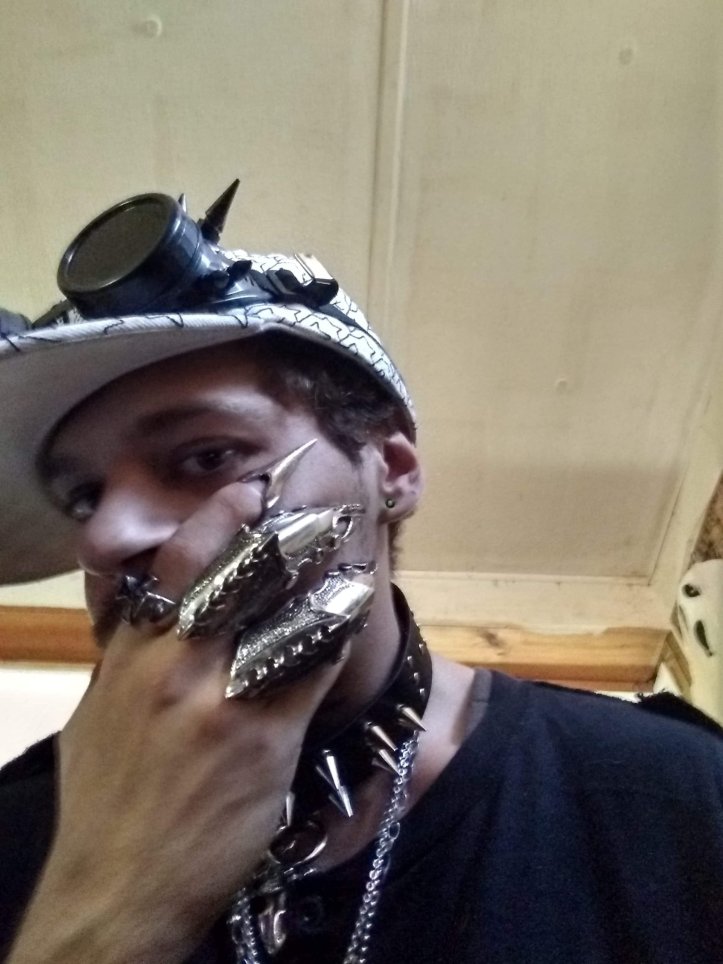 Satanist and occultist from snug harbor North Carolina, a place so desolate you drive past the pigs and cows before you get to any civilization. Raised on rock and heavy metal entity666 started playing various forms of heavy metal at the age of 12 on guitar. And as he grew older his music grew Wilder and more expiremental. Currently known alittle more for playing guitar in death metal bands “topple the Monopoly” and “harbor engulfed” under the alias “Damien Satana” he began rapping as a way to further expirement with his crativity, progress, and to try and make music that people could either relate to, or bang they’re head to, or the latter. Entity666 views all of his music as rituals whether it is a ritual to heal the self or a ritual to heal others.